The iPhone X was announced a few short weeks ago, but why do major manufacturers skip release numbers? Turns out, there?s a great reason. ? 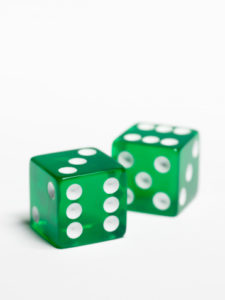 Apple recently held their annual release party while the world watched and waited to see what new wonders were in store. When the dust settled, there was a fair amount of surprise that the iPhone 8 Plus and the iPhone X were the only versions announced. What happened to the iPhone 9? Was it simply overlooked? For that matter, what happened to the BlackBerry BB9 and the Windows 9 Phone? While it may seem a bit crazy, there?s a logical reason why these major manufacturers decided to skip releasing a version 9 of their popular phones and instead went straight from 8 to 10.

The big news is the iPhone X: the all-new, all-screen iPhone that has a price point as voluminous as the screen size. While innovative for Apple, the iPhone X doesn?t display a great deal of functionality that can?t already be found in a variety of other platforms, such as the lack of physical home button on the front or the OLED screen that provides a whopping 2,436 x 1,125 pixels of resolution ? called the Super Retina Display by the hardware giant. The one truly new feature is the Face ID, which is encountering challenges in production, which has caused delays in delivery such as those that have plagued Apple technology repeatedly in the past. It?s now estimated that Apple will be attempting to fulfill current iPhone X orders well into 2018.

Aside from improved video resolution, better battery time, cool augmented reality features and a 7-megapixel front camera, the new iPhone X delivers 30 percent greater speed than previous versions. Perhaps the most intriguing part of the Face ID feature is the fact that you will literally be one in a million ? one in a million chances of someone else unlocking your phone with their face, that is. Apps that currently use Touch ID will be transitioned to Face ID, something that not all users are overjoyed about. The Romeo module inside the phone is an infrared dot projector that creates a depth map of faces by utilizing more than 30,000 invisible dots, while the data returned from the mapping is surveyed and analyzed by the Juliet module.

Microsoft, in particular, has a long history of skipping numbers in their naming conventions. Think back to Windows 10, which skipped Windows 9 and went directly from Windows 7 to 10 to make it appear that there were a few generations between the releases. This marketing trick makes version 7 seem much older than it really is, with the side effect of encouraging users to move more quickly to Windows 10. This clever and subtle play with numbers provides hardware and software manufacturers with a way to entice users to the latest edition with the idea that the upgrade may be more significant and the gap between functionality more expansive. The theories swirling around the iPhone X and the lack of an iPhone 9 range from grim to hilarious, but perhaps the easiest to understand the reason for the skip in this particular instance is that the tech is being announced on the tenth anniversary of the iPhone?s original release date. When you think about it, it might be a bit confusing to have a tenth-anniversary phone that was named the iPhone 9 ? and that may be the simplest explanation of all for the skip.

Superstition is a big part of human nature, and perhaps one of the least-studied as well. Die-hard sports fans dress up wearing certain socks or their team won?t win. Some people insist upon getting out of bed on the same side every day or doing things in a certain order as part of their morning routine. Still, others wear lucky jewelry before a big job interview or skip over cracks in the sidewalk when taking a walk. This behavior is reinforced when these extraneous actions happen to lead to a positive outcome, while an unexpectedly bad outcome could turn your lucky charm into a bad omen. The crux of human nature is to assign power to inanimate objects or ideals, which allows us to feel slightly more confident in the outcome ? which can reduce overall anxiety and increase our comfort levels with a particular action. This is the reason why few hotels have a floor numbered thirteen; a number which some individuals feel has negative connotations or is dangerous.

While unverified, there are some reports that the number 9 has some seriously negative meanings in Asian languages, with one translation meaning a literal curse in Chinese and torture or agony in Japanese. With the massive Asian market for technology, this would likely be reason enough for Apple to make a skip over the number to avoid any chance of alienating a large portion of their buying public. Whether or not this is accurate, it is true that cultural context is important when considering product naming and other conventions. The leap over the 9 version provides a visual and audio cue that the changes to the technology are significant, something that is well-accepted across cultural and language boundaries.

While conspiracy theories abound, one thing is absolutely certain. The iPhone X is set to fundamentally change the way Apple users relate to their phones through the revolutionary new Face ID. Learn how this technology will impact your {city} business, and how to integrate new endpoints safely into your system when you work with {company}. Contact our professionals today at {phone} or via email to {email}.

Contact our professionals today at {phone} or via email to {email}.