January 31, 2018  |  Comments Off on Bye, Bye Server App! How to Run A Secure File Storage Server Without macOS Server VPN.  |  by matkordell@cyberstreams.com   |  Blog

It?s been coming since 2010?That?s when Steve Jobs announced that Apple was going to kill XServe, its enterprise-level server hardware solution. 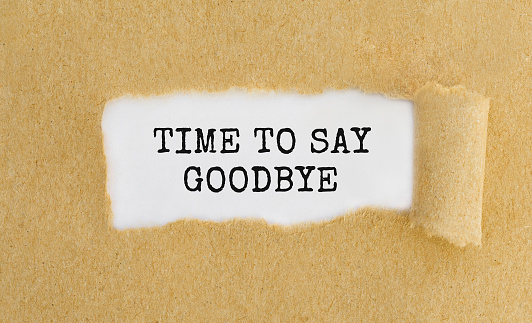 Ever since that time, Apple has been slowly backing away from the server market.

This slow death of Apple server ambitions has now come full circle for individuals and small businesses with the release of an Apple support memo that states, ?A number of services will be deprecated, and will be hidden on new installations of an update to macOS Server coming in spring 2018.?

What does this mean?

Apple is getting rid of many of the functions that individuals, small businesses, educational institutions, and software developers currently rely on to get things done.

But they aren?t just hitting the ?delete? button.

If you already have these functions set up, you?ll still be able to use them with the spring 2018 release. Apple?s just going to make it difficult for you by hiding the ?deprecated services.?

Basically, Apple wants us to forget that this functionality was once available, and wean the public off the macOS Server. Eventually, as fewer and fewer users are tied to the functions of the macOS Server, they will be discontinued entirely.

What is the rationale for getting rid of macOS Server functionality?

In its support memo, Apple tells us that they are going to ?focus more on the management of computers, devices, and storage on your network.?

Apple ran the numbers and realizes that the money lies in selling and serving the iPhone, iPad, and Apple computers ? not in server functionality.

The functionalities that are going by the wayside with the new macOS update are as follows:

Apple provided a list of ?potential replacements? in their support memo.

But the BIG question is: How can we get secure file access without the macOS Server VPN?

These macOS Server changes impact system admins who will lose some or all of the macOS Server tools they depend on, and the businesses they serve could be negatively affected.

At one time, Apple claimed that the macOS Server was, ?so easy to use, you don?t need your own IT department.?

Now you?re going to need an outsourced IT professional, like those at {company}, to help you figure out your next steps and how to allow secure file access.

To help us out, Apple has provided three options for VPN alternatives to the macOS Server VPN function:

This network tunneling VPN software option is compatible with iOS, Windows, Mac, Android, and Linux. Regarding security, it allows for granular remote access and connects to either your cloud assets or your company?s internal network. One of the prominent features of this VPN option is the onboard, fine-grained access control.

This software is used to encrypt traffic to and from high volume servers. It protects the user against passive attacks where criminals are eavesdropping on communications. Part of the attraction of Tcpcrypt is that they claim it, ?requires no configuration?has no NAT issues?has very high performance (up to 25x faster than SSL).?

So, how do you run a secure file storage server without macOS Server VPN?

Apple certainly hasn?t given us much to go on in its recent support memo. The third-party VPN and encrypted traffic software options provided by Apple are certainly useful to the IT professional and systems administrator, but not to the home-based business owner or individual user who was enjoying the macOS Server VPN capabilities.

With Apple?s announcement to phase out macOS Server functionality, it leaves us with the question of file collaboration for small to mid-size businesses.

There are several ways that an IT professional ? such as the IT support team at {company} ? can enable the Mac users in your business to access and edit documents, spreadsheets, presentations, and databases in-house or on the move. Here are just a few of those alternatives:

As Apple takes its final walk away from server offerings, we realize that it is no longer a competitor in enterprise-level computing. Sure, Apple devices will always be used, but for now, they are peripheral to the server and cloud assets that are at the core of enterprise computing. However, Apple still holds the market share ? and the hearts ? of creative individuals and industries that have relied on Macs for years.

The experts at {company} will show you how to store data securely, access it freely, and collaborate instantly with colleagues. Enjoy the freedom of mobility while having everything you need at your fingertips ? wherever you go. Contact us at {phone} or send an email to {email} to get started.