May 1, 2017  |  Comments Off on Comparing Collaboration Tools: Microsoft Teams vs. Slack  |  by matkordell@cyberstreams.com   |  Blog

Microsoft recently released Microsoft Teams, billing it as a direct competitor to Slack for organizations seeking a cost-effective collaboration tool. How do the two platforms compare? 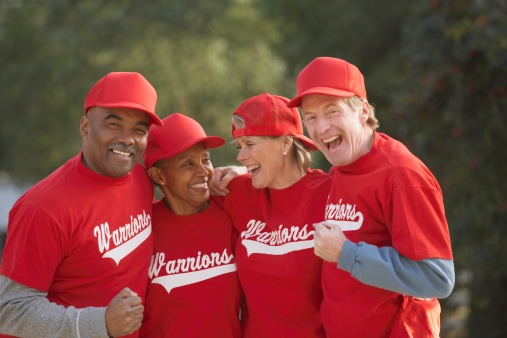 No matter the size of your team, and whether they work in the office or off-site, collaboration tools are a necessity for so many projects today. With G Suite, Redbooth, Slack, Trello, and more the possibilities seem endless when it comes to finding the right collaboration tools.

Slack channels in particularly have been a tremendously popular choice for communicating remotely. Organizations of all sizes have gravitated to Slack as it operates on a ?freemium? model that allows users with smaller budgets to use its most basic functions while offering paying users of various calibers more choices. However, Microsoft is now trying to up the ante on Slack by rolling out Microsoft Teams.

In deciding which option is best for your team, here?s how Teams and Slack compare in the major areas of cost, features, UX design, and third-party integration.

Slack?s free mode is what made it so famous in the first place, giving users the option to upgrade if they need more features. Microsoft Teams does not offer a free basic version to try out which puts it out of reach for smaller organizations who want to give it a try without disrupting workflow. However, Teams is relatively easy to integrate if the organization is already a Microsoft user and not relying on a free office solution like Open Office.

Slack currently has about 4 million daily active users, with roughly 25% of them being paid members. It costs slightly more than Teams as pricing starts at approximately $6.67 per user while the former starts at $5 per user.

Both Teams and Slack offer mention alerts as well as emojis threaded replies for easy reading. If you need to conduct a poll, Teams has a built-in tool while Slack requires a plug-in.

Video conferencing is made simple with both Teams and Slack. Teams offer built-in Skype integration within chat rooms while Slack?s video chat is built-in, but multi-video chat is only available to paying users.

Teams are also available in 18 languages while Slack is only in English.

For colors and themes, Teams offers only three of them while Slack has a very long list of different themes. Teams have a custom meme and sticker editor while Slack has meme bot integration.

Ultimately, Teams only allows members who are also registered with Teams to be added to yours while Slack will let anyone with an invitation join.

While both tools support two-factor authentification, both also have a history of breaches/compromised accounts. Since Teams only allows users from inside the team, this may be considered an additional security precaution. Teams also have essential data leakage prevention while Slack does not.

Slack is integrated with Google Drive and over 750 other third party apps and tools, even Office 365 through Zapier. Teams are only combined with 150 apps but works seamlessly with other Office 365 products.

All in all, both Teams and Slack are robust collaboration solutions that offer cost-effective options and different features about your organization?s needs and your preferences. Slack may be a preferable option starting out if you have a very limited budget, with the option to upgrade if you need more features and team members. Teams offers superior security but haven?t been without breaches. It is also limited in that only users who are team members are allowed to collaborate on projects, making it ideal for organizations that have more established teams and projects with longer duration where turnover is less likely.

Slack ultimately offers the most integration with third-party apps, but if your team relies heavily on Office 365 products, Teams will be easiest to work with as it doesn?t need Zapier to integrate seamlessly.