Nothing Held Back: Everything Revealed With New iPhone 8

February 19, 2018  |  Comments Off on Nothing Held Back: Everything Revealed With New iPhone 8  |  by matkordell@cyberstreams.com   |  Blog

Here?s Everything New About The iPhone 8, Your New Virtual Assistant

The latest iPhone fulfills its promise of features and fun, and a few extras for safety, too. 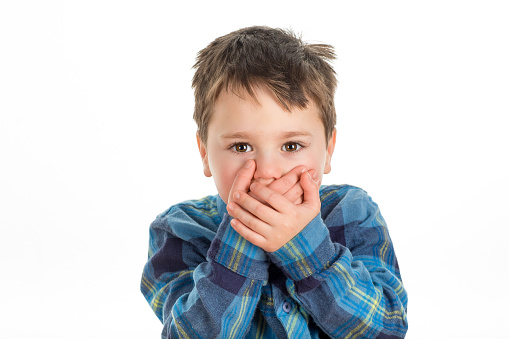 When the first iPhone launched in 2007, were you one of the consumers waiting in line to get your hands on the latest technological innovation? With its user interface incorporating a multi-touch screen and virtual keyboard, the iPhone combined the best of an iPod, a desktop computer, and a basic mobile phone ? it started a revolution.

The powerful trio in your pocket allowed users to ?cut the cord? in so many ways ? we were now instantly connected to everyone, and everything, we needed to be and at any time. This has become both a blessing and a curse, as business operations can be conducted any hour of the day we deem necessary, but boundaries tend to blur. Busy professionals see the upside: endless productivity.

Every time an upcoming keynote is announced, we hear rumors and hints of what features might be included in the next update. Each iPhone iteration has come with a variety of improvements, and Apple keeps the focus on what your iPhone can do for you, adding fantastic features and high-tech hardware to the line-up with each release. The latest ? iPhone 8 and iPhone 8 Plus ? are no different, with a loaded list of camera feature upgrades, and a new iOS packed with ways to help you make the most of your time and maintain efficiency ? after you master the changes, of course!

Make the most of your iPhone 8 features

This latest round of updates can best be classified into three distinct areas: setting refinements, safety improvements, and camera upgrades ? topped off with a sprinkling of extras.

Note that Apple has made it extremely easy for iPhone users to upgrade from one version to another ? even easier than a sync using iTunes! The new Quick Set-up feature allows you to point your old iPhone?s camera at your new model, and the two iPhones will recognize each other and connect. After a few quick taps to enter the passcode that you used on your former iPhone into your new iPhone, and the data transfer is complete.

Once you?ve finished the Quick Set-up process, take some time to get to know your new phone. In iOS 11, iPhone users may have to hunt for settings whose locations have shifted in this update. Personal information, and settings for iCloud, iTunes, and the App Store have been centralized within Settings.

What iPhone 8 users need to know:

For years, auto manufacturers have been employing extreme measures to enhance the safety of drivers and passengers alike. Airbags, rearview cameras, built-in navigation systems, and a myriad of other high-tech safety assistance features have all been added, and more passenger vehicles are coming with options like Bluetooth connectivity for hands-free communication to minimize distraction.

Unfortunately, fancier mobile devices have the opposite effect on drivers. Earlier, we mentioned that the ability to stay in touch and the resulting perpetual productivity that smartphones enable. The temptation of a quick text message (reading or replying!) at a stoplight, or the allure of checking your email while in bumper-to-bumper traffic doesn?t seem like a life-or-death situation at the time.

The ways in which we?ve incorporated technology into our lives have necessitated adaptation of safety features. A quick review of key safety features on your new phone:

We finally come to the fun part of the update! iPhone users love their cameras. Whether you?re sharing a picture of your food on social media, snapping a selfie, or FaceTime-ing with family while on a business trip, your iPhone and your camera have become critical to maintaining connections.

What exciting upgrades await you?

There are tons of additional features, too:

One more thing: iCloud backup and storage space can now be shared with family members. Files remain private ? only space is shared. No more ?storage full? messages! This is another setting that must be turned on by the user, but it?s a welcome feature.

We?ve come a very long way since the features included with the first iPhone. This list doesn?t cover every single announcement from the latest Apple release, but these are the elements we?ve been the most excited to see become a reality.

What do you want to see in Apple?s next major announcement?