Yammer Now Supports More Content Than Ever: Here?s What the Social App Can Do

June 12, 2017  |  Comments Off on Yammer Now Supports More Content Than Ever: Here?s What the Social App Can Do  |  by matkordell@cyberstreams.com   |  Blog

Yammer?s social capabilities now support a number of content formats: Here?s why that matters for your business.

Yammer has gone through some important changes in 2017 as Microsoft has been working to make the social app as business friendly as possible. First created to give employees a safe social place to interact (and yes, even joke around) without the distractions of an external social network, Yammer has been added functionality for months now. The goal is to create a social space that is fully integrated with Microsoft?s other business services so that it can become more useful for more companies. Still not convinced? Check out the latest content that Yammer can handle, and how it makes it better than before. 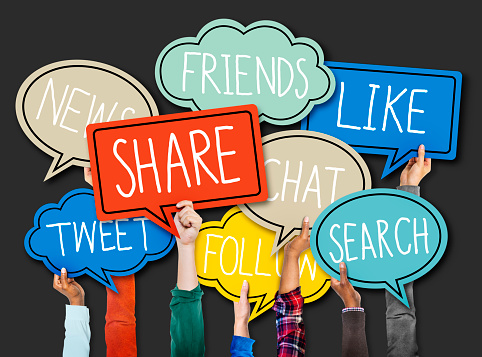 SharePoint is becoming an increasingly common way for Windows-oriented companies to organize their data and workflow processes, so it makes sense that new integration with Yammer would be forthcoming. To clarify, Yammer already works quite well with SharePoint. For a year now people have been able to share any Office 365 documents on Yammer, which is excellent for asking a question, enabling group work, or exchanging data (and yes, encryption still applies on Yammer, so that data will still have protections in place). If you haven?t started sharing docs in Yammer conversations, your teams should definitely start, it?s a very organic way of managing quick work-related tasks.

New functionality includes a Yammer ability to appear on the SharePoint Newsfeed. For example, let?s say that a manager started a particularly important conversation on Yammer about new rules and got a lot of great feedback. That manager can then pin the Yammer conversation on SharePoint, allowing less frequent users to see the conversation and add those own comments for even more feedback. It?s a great way to make sure that particularly valuable Yammer discussions aren?t lost or ignored.

Video functionality has been slow to come to Yammer ? Microsoft appeared to dislike the idea of integrating external video formats too closely with Yammer, possibly because of security or good old-fashioned monetization reasons. However, now Yammer has finally made the leap and supports Microsoft Stream and Office 365 video posting, which allows people to view the video right in Yammer.

Not sure how this improves matters? Microsoft suggests using it for personal CEO messages to the workforce, interviews, important product marketing, training videos, and similar content.

Connectors is an Office 365 feature that allows you to connect over 90 external apps to the Microsoft platform: Now that also means that those apps play nice with Yammer, which really opens the door to some creative uses of apps that your teams already need. These Connectors can insert news pieces from other sites or social networks, provide analysis from common tools like GitHub, keep people up on the latest important Tweets by inserting them right in a conversation, and more. You can add or remove apps as necessary to keep control of how many apps are being used as well.

Dynamic Groups doesn?t exactly add new content, but it does reorganize old content in a more useful way. The ?dynamic? part of this essentially means that an administrator can ?create? groups by searching or filtering the right results. So if a manager wants to send a message to the team that is working on Project A but doesn?t have a list of all the team members, it?s no problem ? they can just create a dynamic group based on the name of the project, and the names will be automatically added. If any team members leave the project, the group will be updated to reflect that. It?s a lot easier than email chains!

On Desktop Yammer uses what is called the Desktop Notifier to log in and peruse conversations. It?s a simple little interface for both Windows and Mac, but it?s going to get a lot better in the future. Microsoft has plans to expand this Notifier with a new app that will have an automatic sign-in option and smoother operation with better administrative control, which makes this an ideal time to pick up Yammer if you think your business could use it.

If you?ve never used Yammer before or are new to Office 365, we can help! {company} serves business in the {city} area with a variety of IT and data services. Contact us at {phone} or {email} to learn more today.